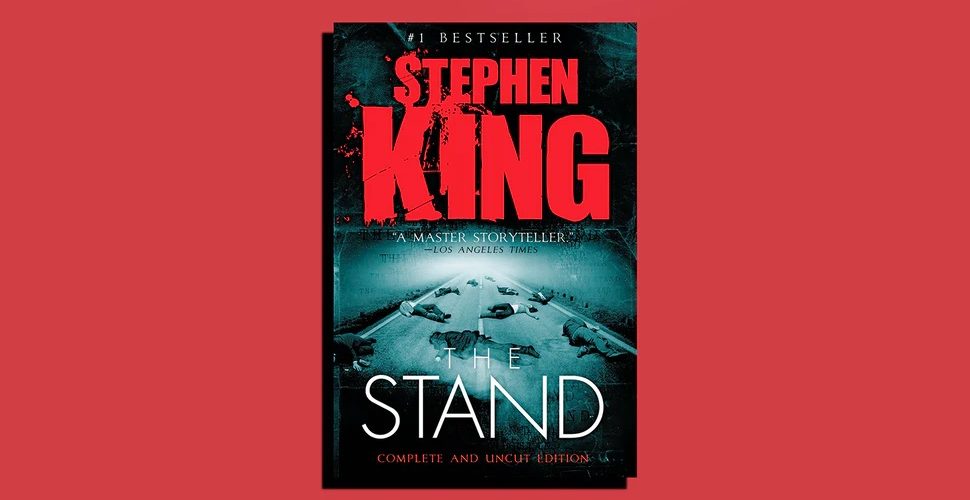 Which version of THE STAND are we reading? (And Other Frequently Asked Questions)

The short answer: You can read whatever version you want.

The long answer: The version of The Stand we’ll often be discussing on the podcast is the unabridged, as this is the version that exists predominantly today. It’s the version you’ll find on Kindle. It’s the one you’ll hear the wonderfully talented Grover Gardener reading to you on Audible, and it’s the one you’re most likely to find in paperback today.

For those who don’t know, The Stand was missing a few pages upon its original release in 1978.

King released his unabridged version, billed as The Stand: The Complete and Uncut Edition, in 1990.

In this video circulated to bookstores at the time, King recalled, “The Stand when it was submitted to Doubleday in 1974 was considerably longer than the version that most of you sales representatives sold. The decision to cut the book was not strictly an editorial decision so much as it was an accounting decision. They had a price they wanted to sell this book at that they considered to be absolutely top end. As far as they were concerned, $12.95 was it, that was the ceiling. That was the top. Well, they were probably right. At that time, my books had done very well in softcover, but no hardcover market had been established. The decision was taken out of my hands. It was presented to me, ‘This book has to be at least 400 pages shorter. Do you want to make these cuts, or do you want someone in house to do it?’ And my reaction to that was, ‘Nobody but me is going to mutilate my baby, if my baby’s got to be mutilated!’ I went back and cut the book as deeply as I could, and then I resubmitted it, and I crossed my fingers. The book was eventually published, although further cuts were made before that happened. The total amounted to about 520 pages. … There were parts left on the cutting room floor that belonged on the cutting room floor. If you’ve ever seen a book in manuscript before editing, you’ll know what I mean. Some of that stuff was just not meant to live. I think that if the book as it was originally published was scarred in any way, if there was any one cut that showed, it was a long section toward the end of part two where a guy called The Trashcan Man meets up with this neat psychotic who simply calls himself The Kid.”

Among several other moments, King also removed what he referred to as “kind of a horrible Ann Radcliffe gothic scene where Fran Goldsmith tells her mother that she’s pregnant,” as well as “a lovely scene where Nick Andros and Tom Cullen take refuge in a storm cellar in the midwest to avoid a twister.” All this and more was restored in the version you’ll find circulated in Kindle, Audible, and paperback today. It’s the version King originally intended his novel to be all those years ago, and so that is the version I’ll be reading, friends and neighbors.

But hey, Anthony Breznican is reading the first edition paperback from 1980. (Which, admittedly… has the coolest cover by artist Don Brautigam. And hey, incidentally… prints of that cover are now on sale at Suntup Press here.) This version, by the way, differs even from the first edition hardback published in 1978, most notably altering the year in which the story is set. So hey, who knows man. Read whatever version floats your boat, Georgie.

It brings up another interesting question though.

For those of you joining us in #TheStandChallenge, you might be asking yourself: If we’re supposed to read 200 pages a month, what if my Kindle version of 200 pages isn’t the same as your paperback? And if I’m listening on Audible, how many hours am I supposed to listen to each month?

The most important thing is: Have FUN! Read what you want, as you wish. The episodes will be there for you to listen to when you’re ready.

Episode 6 – The Company of the Mad: The Stand Podcast

Episode 5 – The Company of the Mad: The Stand Podcast

Episode 4 – The Company of the Mad: The Stand Podcast